Aardvark is coming Everything Related to Scratchbuilding! >
Join the conversation 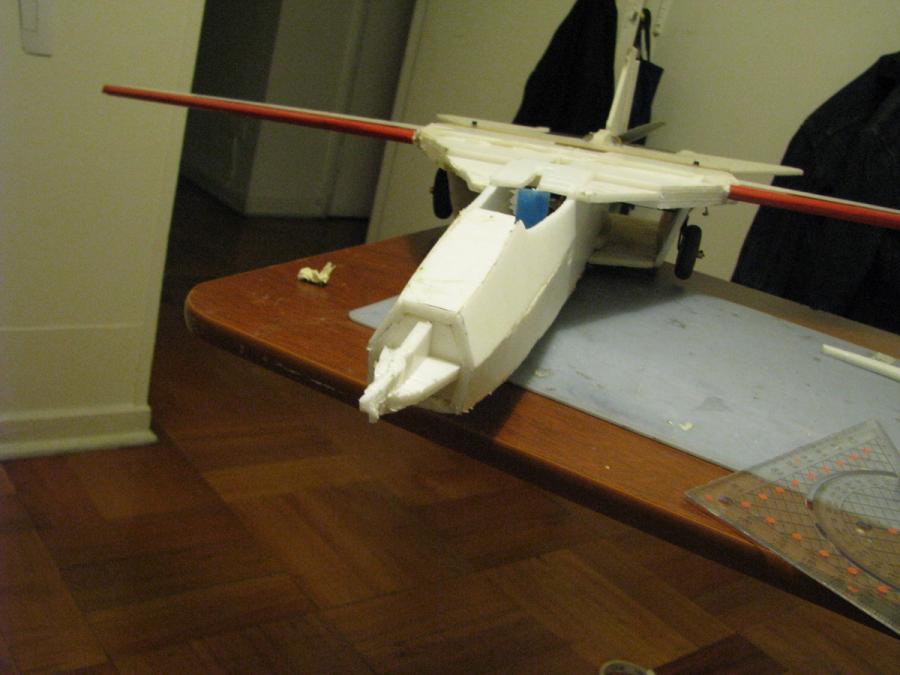 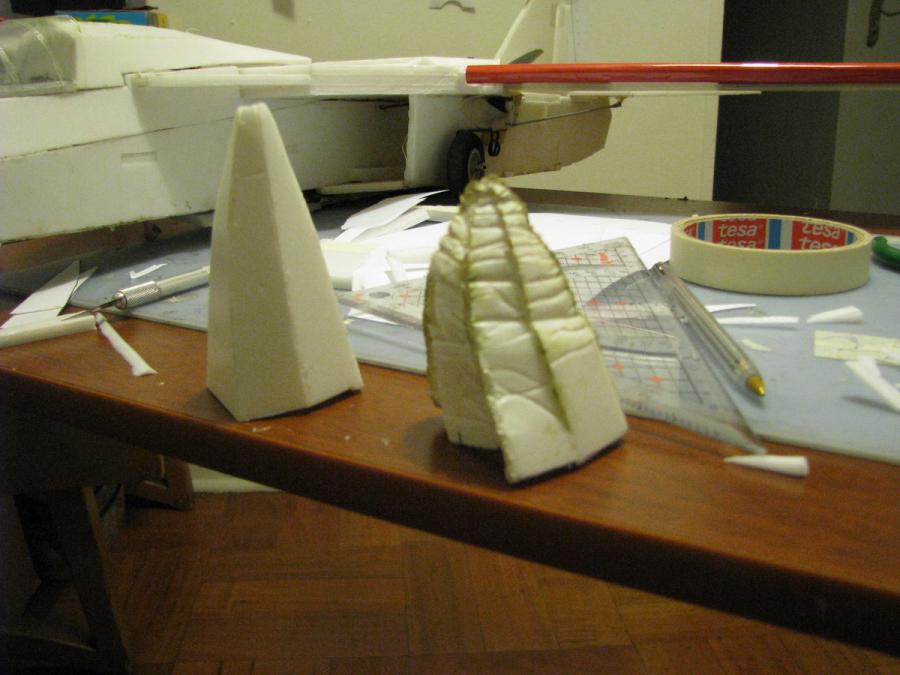 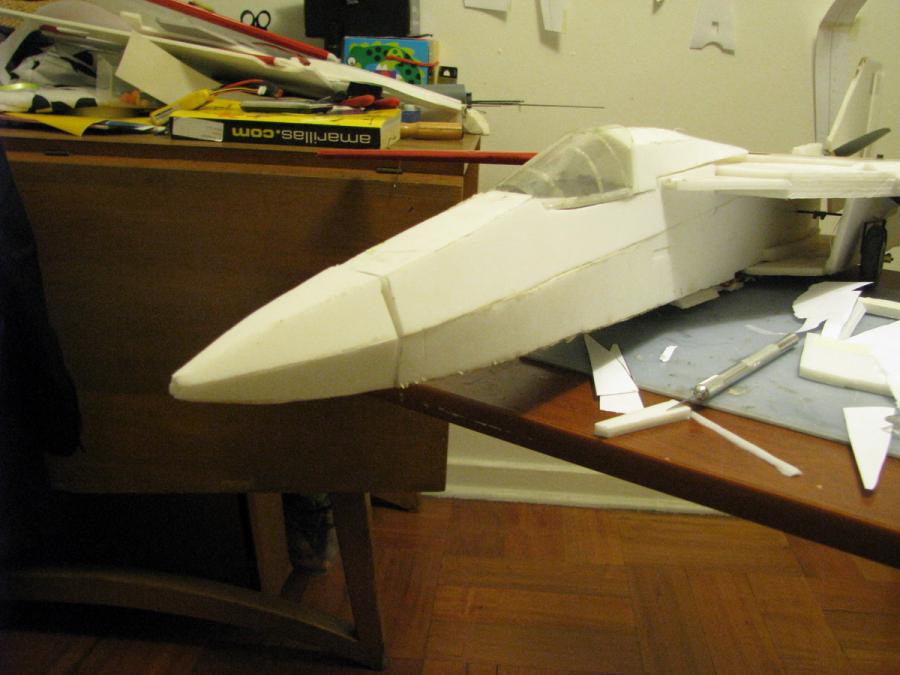 F-111 fans are outraged many of the iconic RAAF fighterjets have been dumped at a landfill site near Ipswich.

A RAAF spokesman confirmed to Ipswich News on Thursday that 23 ofthe planes had been dumped at the Swanbank landfill site.

The jets had been located at RAAF Base Amberley, near Ipswich,before being decommissioned late last year.

The F-111s have been replaced by the Super Hornets, with the finalfour being delivered from the US to Amberley with a spectacular flypastover southeast Queensland in October.

The US Government had placed tight restrictions on how the planeswere be dismantled or preserved with several earmarked for museumsaround Australia.

Two are expected to be on show at RAAF Base Amberley at itsHeritage Centre.

``It's just the hulks of the planes (that were dumped),'' the RAAFspokesman said. ``They saved the ones they could.''

Ipswich Councillor Paul Tully expressed his outrage about thedumping on his Facebook page.

``Fifty years of Australian history down the drain as the RAAFdumps F-111s down disused Ipswich coal mine at Swanbank,'' he posted.

Related comments included: ``What a waste! You would think thesewould be saved for a museum or at least if they were being thrown theyshould be offered for public interests.''

Another wrote: ``If the RAAF didn't want them, I am wondering ifICC (Ipswich City Council) were happy to take them and all the costsassociated with restoration and display.''

Meanwhile, Federal Member for Blair Shayne Neumann has encouragedorganisations to apply for one of seven F-111s left to be loaned tomuseums and other historical organisations.

He said Defence Materiel Minister Jason Clare had released aRequest for Offer for the jets.

``This is a fantastic opportunity for local historicalorganisations to be able to display these iconic aircraft whichprotected our skies for nearly four decades'' Mr Neumann said.

``The Australian Government is loaning the aircraft so as manyAustralians as possible have access to this piece of our aviationhistory.

``The loans will be subject to a number of conditions to ensurethe safe preservation of the aircraft, which are outlined in theRequest for Offer.''

The RAAF spokesman said a service for all involved with theF-111s, including the families of airmen lost in crashes, will be heldat the memorial garden near the front gate of RAAF Base Amberley at 9amon Friday, December 2.
"Five Easy Pieces"
WATT FLYER Forum's 2012 Scratch-Builder Award Winner
(For Posting outstanding scratch building threads on Wattflyer)
Quote 0 0 0
dsoleil Ace Pilot 298 posts
dsoleil Ace Pilot 1368405174
@rodrigo: Do you have plans for the plane you built? Would love to see what you have done since the last post a few years ago...
Why put so much detail into the build? So it looks awesome when it smashes into the ground!

Quote 0 0 0
rodrigo Top Gun 2,081 posts
rodrigo Top Gun 1368504989
wow how fast the time goes by...
well, the aardvark is hanging on a wall waiting for a completely reconstruction, motivated for a couple of things:
-slightly bigger for a 7x5 propeller
-I'm thinking to move the motor to the rear to eliminate the slot and reduce the noise of the plane... Nobody has told me directly, but lot of positive comments of my bronco are: "it's so quiet not like the others..". the problem is I need a upper position to avoid propeller strike in a landing...

the principal reason for this slow process is because I'm making the plans for my house and I don't have free time to end more complex projects like this... anyway if you want to prove incomplete set of plans just tell me and I will post them
good luck!

tx Futaba 9CAP & 8U
Quote 0 0 0
whatmovesyou I know my parkjet stuff! 3,372 posts
whatmovesyou I know my parkjet stuff! 1369582171
After you get a feel for this plane, set your radio in heli mode and use the pitch channel to automatically move the wing forward and aft by varying the throttle. Then you can set up mode 1 for takeoff with wings perpendicular and mode 2 for 1/2 throttle or so (perpendicular) and as you advance the throttle the wings go back which is very realistic in flight.

Use the same concept for my swing wing(both forward and aft) where mode 2 is aft like yours to 45 degrees and mode 3 where the swing wing goes forward to -30 degrees. i set the forward so 2/3 throttle is perpendicular and about 1/4 throttle is -30 degrees.
When the wing is back, does rolls at lightning speed.
I like to design and fly unique planes.
Quote 0 0 0

If your URL is correct, you'll see an image preview here Large images may take a few minutes to appear. Remember: Using others' images on the web without their permission may be bad manners, or worse, copyright infringement.
Cancel
filename
0%
Cancel
(Failed)filename
Unsupported photo file type. Please upload the file as a post attachment instead.
filename strippederror

You need to be logged in to send an email.

Please paste your code into the box below: